Basic painting techniques that will advance your painting skills.

Texture! There are so many ways to create greater depth in your art through texture. From bubble wrap to plastic shopping bags, here are a few to get you rolling.

Preparation is the key to a great artwork. Get all of your mistakes out of the way before you start, otherwise you will spend more time fixing your artwork than painting it. Here are some preparation tips.

There are many ways to create skies and clouds. Bill will introduce you to his discoveries and experience, which will help get you rolling and in search of your own style.

Trees are fun to paint, and especially in the hundreds of different ways that you cancreate them. Here are a couple of ways to approach trees that will help you in your painting.

Water reflections are often the same technique across many mediums. This lesson will give you a greater understanding of how to create water and make it look believable. 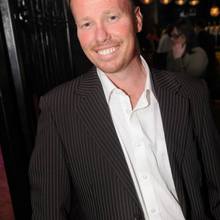 Bill was born in 1978. Several years later, he told his folks he wanted to be an artist. Being of a supportive nature, they gave him some pencils and paper. In doing so they also gave him a career. Bill was one of those people with the good fortune to discover early on where the deposit of talent lay within himself. He found joy in doing something he was naturally good at, and, as with any such endeavour, good return on invested time led to greater investment.

In 1990, Bill was diagnosed with life-threatening liver failure. A diagnosis of leukaemia soon followed. He was eleven. For the next three years he lived with the knowledge that it could all end at any moment. Living with such conditions cannot help but alter one's perspective on life. Moreover, that change in outlook never truly departs, and has informed so much of Bill's work as an adult.

Lying in the hospital bed, Bill remembers asking his folks for pencils and paper. It was at this point that Ruth and John knew their son was recovering. For many, art is a way of life, or a welcome escape from it. For Bill, art became a way back to life.

High school would expose Bill to many new techniques – he was fortunate to have teachers who recognised his ability and then encouraged him to extend himself in new directions. It is a tenet he continues to hold to, never content to confine himself to one discipline. Following school, Bill decided to join the army. He served for three years then left, returning to the Gold Coast which had always been his home. His pencils and paper would sit, mostly unused, for four years.

But talent, that strange and indomitable beast, would not stop seeking a way out. In 2003, Bill abandoned any pretence towards living a 9 to 5 life. He set about in earnest what that deposit of talent – that rich vein that can never be tapped out – demanded of him; to be refined, enriched, and utilised. He rented out a studio apartment and filled it with the tools of his craft. There he would live for the next five years, surrounded by his creations, his adventures into imagination – and it was here that he underwent the metamorphosis that took him from amateur artist to professional. By 2009 Bill knew that it was time to venture into the wider world, starting with Canada, a decision that would herald a new phase in his life and would have a profound effect on his work. Not only that, he found his feet attached solidly into the live painting scene.

It is an ongoing process, honing that rude lump of talent deposited inside, and Bill has moved far from the pencil-sketches that were his launching pad. From graphite he moved to pastel; from there he went on to employ acrylics, oils, charcoal and airbrush in his repertoire.

From success at high school art shows, he has progressed to the point where he routinely accepts People's Choice awards and Highly Commended accolades. In 2008 he was invited to capture the daily milieu of a 6 Star Hotel foyer – the Palazzo Versace – over the course of a month, a watershed in his struggle to become a paid artist. Since then he is regularly invited by exhibition organisers as the resident artist. He has been commissioned to do work in Australia, United States of America, Canada, Germany and New Zealand, and has himself organised many successful solo exhibitions. Moerover, he has survived as a professional artist since 2007 on the back of the very same commissions and exhibitions, the goal of every fledgling artist.

He has also ranged far afield from his initial forays into realism. He continues in the afore-mentioned style with an exquisite eye for detail, but is constantly pursuing other styles and genres that test his ability, expand his mind. Surrealism, abstract and fantasy are all within his domain.

What sets Bill apart from so many other artists is his imagination. When coupled with his experiences as a boy and man, his formidable talent and his sense of humour, it is a heady stew indeed. As you view each work on this website, it is helpful to remember that what Bill derives most from his work is fun. You should too. It's what he wants.

Picture a guy with a pencil in one hand, a beer in the other, a smile on his face and an imagination running smooth, hot and clean and you've got Bill.

There's a little something for everyone here, for all tastes and all seasons. Furthermore, as Bill is only too willing to admit, this is just the beginning. Remind yourself of that as you roam through the gallery; the best is always yet to come.

Buttton Twitter
Get started with Painting 101
Enroll for Free
We suggest moving this party over to a full size window.
You'll enjoy it way more.
Close
Go Fullscreen